I first learned of Fever-Tree’s Madagascan Cola when I interviewed Charles Rolls and Tim Warrillow around this time last year. The mere idea of it was enough to make me feel really rather excited because I have long been on a quest for The Grown-Up Soft Drink™.

For me, The Grown-Up Soft Drink™ is, or rather should be, the ideal drink to have at a pub or a restaurant when you’re the designated driver. Not water. Not too sweet, which pretty much all soft drinks are. Something satisfying and refreshing. Something delicious.

Although the Fever-Tree chaps see themselves as being in the mixer business as opposed to the soft drinks business, they currently make what I consider to be the Aristotelean Ideal of The Grown-Up Soft Drink™. So when they told me about their then soon-to-be-launched cola, I hoped that it would be a worthy contender for the top spot.

And with good reason. I am a big fan of the Fever-Tree MO. They have since their launch thoroughly disrupted the mixer market by committing themselves to absolute quality. Their ginger ale and ginger beer contain three different types of ginger to ensure the full breadth of ginger flavours in the bottle. Their Lemon Tonic and Lemonade contain lemon oils of such quality that the only other people prepared to pay for them in their products work in the perfume industry.

They have set a high bar for themselves, a bar that their competition consistently fails to clear. And in this case, so have they.

And I’ve been trying to work out why.

Part of the problem lies in the very challenge of making a cola in the first place. As Tim told me when we spoke, you’re inherently entering into competition not just with Coca Cola, but with people’s very idea of what a cola is supposed to taste like.

You cannot, for example, point at a bottle of lemonade and say that it was invented by Mr. Ade in eighteen hundred and whatever, and it is supposed to taste like X. But with cola, you can: it was invented by John Pemberton in Atlanta, Georgia in 1886. And the public has a very clear idea of what it’s supposed to taste like. It’s a very narrow channel of expectation. So you can’t fuck about.

And this channel of expectation remains the other part of the problem. Fever-Tree’s goal was to create a cola that was less sweet than the others, driven by top quality Madagascan vanilla. And, as with all their other products, the sweetness would come from cane sugar. So I expected a not-quite-so-sweet version of Mexican coke. I was not expecting the flavours to combine in my mouth to create a taste akin to aspartame.

Yes, you read that right: this tastes of watery diet coke. I had to spit it out. And those are two sentences I have never wanted to write less.

When it is next my turn to drive, I shall mostly be sticking with the aromatic tonic water. 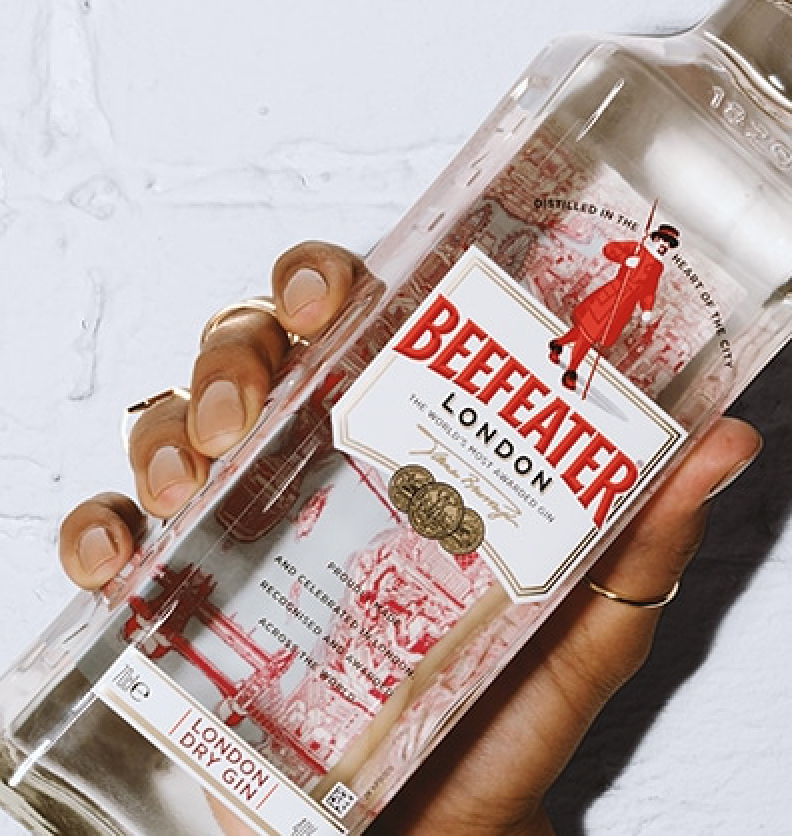 You don’t need me to tell you that premium liquor’s all the rage. All those sexy bottles, disporting themselves, flashing their labels, revelling in their shelf presence. Time to spare a thought for some of the others. The stuff hidden in the well. What you get if you just order a gin and tonic, and forget to specify your premium desires.

The contents of the well, or what’s lurking on the optics, tells you a lot about a joint awfully fast. If you walk in and they try to serve you Gordon’s, you know that they either know nothing about gin or they don’t care about their drinks, and you should leave at once. Gordon’s is a product responsible for more crimes against drinking than the 1980s. More on this soon.

The fact of it is that there is enormous quality lurking at the cheaper end of the market, often hiding right under your nose. And when it comes to gin, that means one thing: Beefeater.

Beefeater is a premium gin hiding behind a very reasonable price. So reasonable, in fact, that I think some people have a snobby tendency to turn up their noses at it.

Bear in mind the following:

This is a man who really knows what he’s doing. If you need a convincer, you need to pop by the Beefeater Distillery, the only place where you can buy Desmond’s limited edition experiments in gin, my favourite of which is the subtly spectacular London Garden, which makes the most delicate martini I have ever had.

Some people out there are doing fascinating things with gin, interesting things with florals, spice, citrus, tea, you name it. (Someone—and you know who you are—is even doing hideous things with pine to create a gin which makes a martini that tastes like Toilet Duck, so let’s step away from that while we still can.)

You’re welcome to them.

Beefeater’s my buddy, and I can see no earthly reason why anyone would order anything else.